The conference is hosted by ICWE GmbH which reserves the right, at its sole discretion and without further explanation, to limit or deny access to any entity or individual to the said conference. When registering for any of ICWE GmbH's conferences, applicants waive the right to appeal against any decision made by ICWE GmbH to refuse or limit access to the conference.
ICWE GmbH does not give permission for any delegate, participant, exhibitor or sponsor at the event to create content, either through interviews, face to face, recorded, filmed, or in writing unless this has been specifically requested in writing with the organisers.

ICWE GmbH's receipt of an application and/or payment does not constitute acceptance. Applications and payments that are not accepted will be returned.

Cancellation of the Event

ICWE shall not be liable to the participant, to the exhibitor, to the sponsor or to the partner for any losses, costs, damages or expenses (whether incurred under contract, tort or otherwise) suffered or incurred as a direct or indirect result of an event beyond the control of the Organiser, including without limitation, any act of God, disease or epidemic, strike, lock-out, industrial disturbance, failure of suppliers, act of public enemy, war, labor dispute, terrorist act, blockade, riot, civil commotion, public demonstration or governmental or local authority restraint nor shall ICWE be liable to refund any fees. The performance of this Agreement by either party is subject but not limited to acts of God, restrictive government laws or regulations, riots, insurrections, war or terrorist activity, disaster, fire, outbreak of epidemic diseases or other reason of a like nature beyond the control of either party. To the extent that any such circumstance make it illegal or impossible to conduct the Meeting or prevents at least 40% of meeting attendees and/or exhibitors from traveling to the venue, then this Agreement may be terminated by written notice from the party affected by such occurrence. All claims of both parties under this contract shall be void. However, ICWE may still invoice the participant, the exhibitor, the sponsor or the partner for work carried out in the latter's instructions, to cover any expenses already incurred.

ICWE GmbH reserves the right to change any of its General Terms and Conditions at any time and without notice. 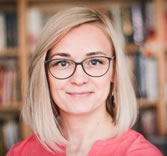